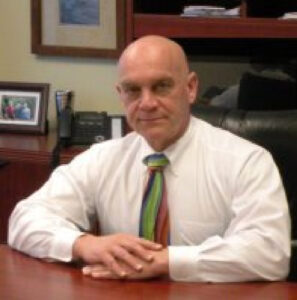 Bill has been part of the Intelligence Community (IC) for nearly 30 years. He began his career as a Russian linguist in the Air Force in 1979. Bill was selected for the Airman Education Commissioning Program in 1986. After selection to AECP, Bill and his family were transferred to Tempe, Arizona, where Bill attended Arizona State University and received his B.S. in electrical engineering in 1989. Bill’s next stop was Officer Training School (OTS), later assigned to the Foreign Technology Division (FTD) at Wright-Patterson, AFB. After several years at FTD, Bill was selected by National Reconnaissance Office (NRO) for a Master program at the University of Michigan. Bill graduated from Michigan in 1992 with a Master’s degree in electrical engineering. The family’s next assignment was to Northern Virginia, where Bill worked for the NRO from 1992 – 1998. Bill retired from the Air Force in March of 1998 and began his civilian contracting career with SeiCorp, Inc. Bill left SeiCorp, Inc. in August of 2008 to start WiSC Enterprises.